The Commonwealth of Dominica, also known as the 'Nature Isle', is a 290-square mile Eastern Caribbean island with a population of 71,941 people and 365 rivers - one for each day of the year. Dominica is one of the seven independent territories covered by the United Nations Multi-Country Office for Barbados and the Eastern Caribbean. On the path to becoming the region's first climate resilient-nation, Dominica has not only partnered with various UN agencies to promote climate action but to further their advancements on achieving the other sustainable development goals. Through partnerships with UN Women, UNFPA, UNDP, WFP, FAO and UNICEF, Dominica has also implemented initiatives that promote social protection, gender equality, food security and decent work, to name a few. The Government of Dominica is partnering towards recovery, resilience, reconstruction and sustainability in the wake of multiple disasters, including Hurricane Maria in 2017 and the more recent COVID-19 pandemic. 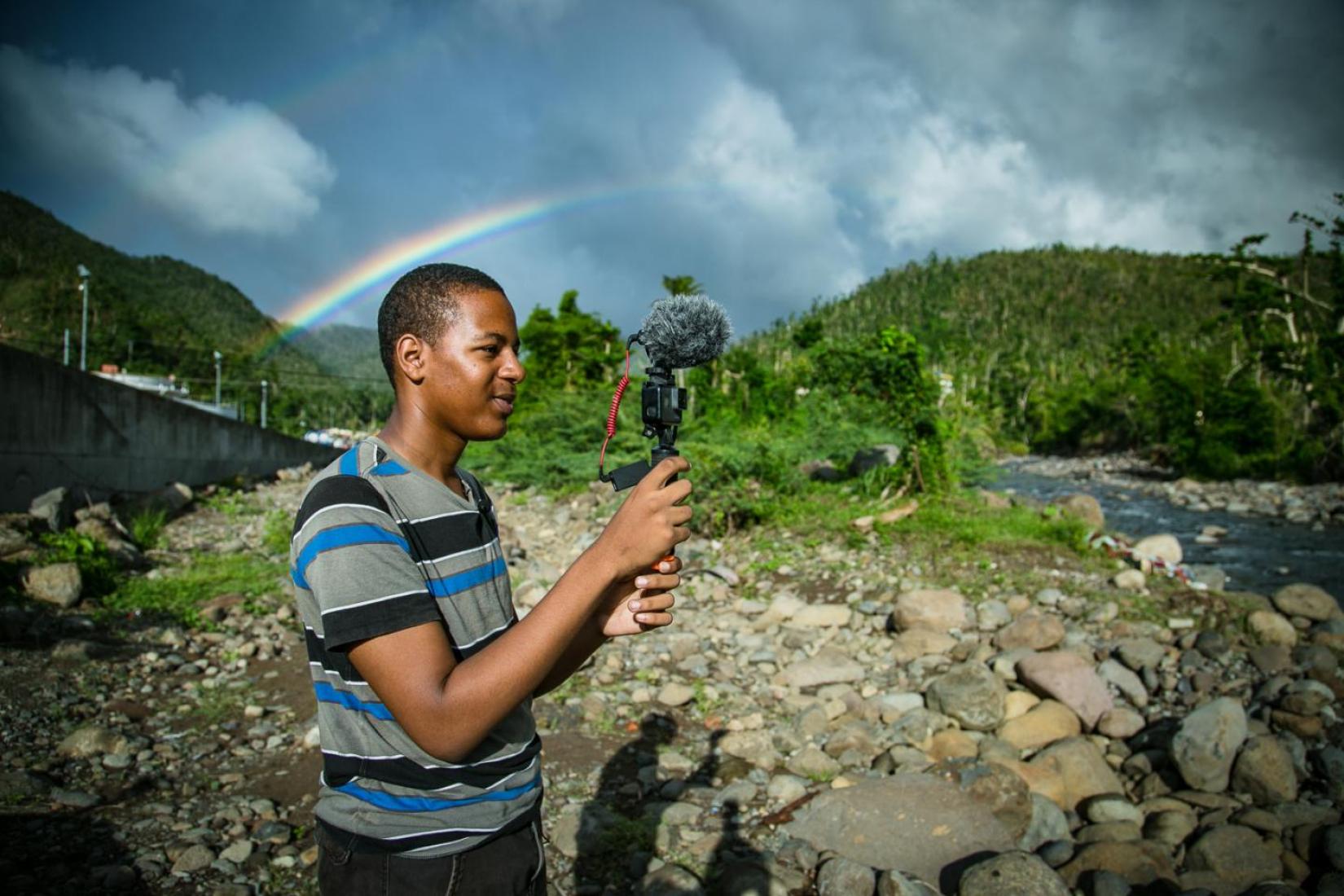 In Dominica, the Communication for Development strategy explored ways to empower individuals and improve their lives by giving them space to use their voices.