Spirit of the SDGs Come Alive at UN Staff Day 2022

On Friday, October 28, staff at UN House Barbados converged under one roof for a day of team-building activities in celebration of UN Day.

The Staff Day, aptly themed a ‘Staff Backyard Reunion’, marked the first time post-COVID that many persons were seeing each other and gathering in the same space.

The theme for the day was fun, food, frolic, and healthy competition as agencies faced off in various events including a Creative SDG Costume Competition, an Obstacle Course, and a UN Iron Chef Competition.

Activities got off to a rousing start with a brief word from UN Resident Coordinator, Didier Trebucq, who thanked staff for their ongoing commitment throughout challenging times, while urging them to participate and enjoy the festivities.

The SDG Costume Competition got underway against the backdrop of lively Tuk-Band music, which saw staff lining the corridors and staircase moving to the lively beat, while cheering on the participants, some of whom also displayed their dance skills. Judging was done by Kathy-Ann Scott, a carnival costume designer for Kontact Band in Barbados, whose work has been seen at carnivals throughout the diaspora and also featured in the New York Times. Also judging the competition was Rotchell Parris, the owner and designer of Pink Lemonade a Barbados -based clothing line.

Agencies also brought their ‘A game’ to the competition displaying tremendous creativity as they magnified the SDG Goals and the work that must be done to achieve them.

FAO swept the competition taking the top three places.  The first placed award for the Most Creative Costume went to Firhaana Bulbulia and Shonnet Charles who together depicted SDG 14 “Life Below Water” and SDG 15“Life on Land”. The pair wore lovely hand painted and decorated skirts depicting life below water and nature in the form of a healthy forest.

Second place went to Communications Consultant, Marquita Sugrim who depicted SDG 16 – Peace, Justice and Strong Institutions in an earth angel costume, featuring a white hand-made dress, giant 4ft tall wings, a dove draped around her neck and another in her hand along with a gavel.

In third place was Deborah Harewood and Fleur Lambert, who depicted SDG 2 Zero Hunger, with a focus on the important role played by bees in pollinating plants for food production and for honey production and the value chain in the region. Deborah wore a white beekeeper’s costume, and Fleur an adorable black and yellow bee costume.

One of the most anticipated competitions was the UN Iron Chef competition and it did not disappoint. Tasked with creating a dish utilizing local ingredients – either sweet potato or breadfruit - and an accompanying drink, six competitors served up delectable dishes, complemented by innovative drinks and artistic table displays.

At the end of the competition PAHO walked away with bragging rights with Chef Dr. Vishwanath “Andy” Partapsingh taking the coveted UN Iron Chef Title, as well as awards for the most creative dish, best presented drink, and the best dressed chef.

Staff also displayed their strength, endurance and teamwork skills during an Obstacle Course organized and judged by soldiers from the Barbados Defense Force.  Four-member teams, comprising both male and female staff, attempted to bet the clock while tackling  various challenges including walking the plank, stretcher carry; zig-zag run, fill the bucket and tyre hopping.

Teams were also judged by performance during Small Party Command Tasks which tested their teamwork skills in moving items and team members across an imaginary electric fence, moving vital equipment across a minefield, and turning over a magic carpet while standing on it.

When the points were tallied, 1st place in Obstacle Course segment went to FAO – Better than Everyone Else with 10 points; 2nd place went to WFP – the World’s Favourite People with 8 points; 3rd place to UNDP – Nature’s Heroes with 6 points;4th place to RCO – Gooseberry Jam with 4 points; and 5th to PAHO - Life in Motion with 2 points.  For the Command Tasks segment – WFP – copped 1st place with 10 points; followed by UNDP in 2nd place with 8 points; PAHO 3rd  with 6 points; FAO 4th  with 4 points and  RCO  5th  with 2 points.

At the end of the competition team WFP emerged first overall with a total of 18 points; FAO and UNDP tied for 2nd with a total of 14 points; PAHO placed 4th with 8 points and the RCO 5th with 6 points.

The day’s activities concluded with a staff lunch where colleagues could once again break bread, socialize, and exchange ideas in face-to-face environment. During the day, staff also beat the heat with a lovely treat of local snowcones of various flavours. 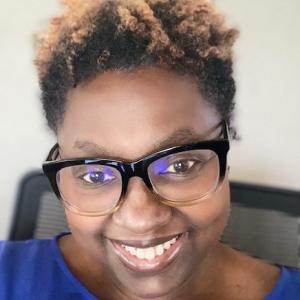