21 September 2022 (UN Headquarters, NY) – The United Nations today announced the latest group of 17 Young Leaders for the Sustainable Development Goals (SDGs), during the start of the 77th session of the UN General Assembly.

Every two years, the Office of the Secretary-General’s Envoy on Youth recognizes 17 young change-makers who are leading efforts to combat the world's most pressing issues and whose leadership is catalyzing the achievement of the SDGs. Since launching in 2016, the initiative has collectively reached millions of young people around the world.

Following an open call for applications earlier this year, which resulted in more than

5,400 applications from over 190 countries, this next cohort of Young Leaders for the SDGs hail from all corners of the world and work across all pillars of the UN, including sustainable development, human rights, and peace and security.

The group — who are all between the ages of 17 and 29 years old — includes an aspiring astronaut, medical doctor and fashion designer, Paralympic medalist, poet, artists, climate entrepreneurs, peacebuilders, gender justice advocates, and education innovators, among others.

“The 2022 class of Young Leaders for the SDGs represents an incredibly diverse, intersectional and inspirational group of young people who reflect the very best of global youth activism and advocacy when it comes to challenging the status quo and creating a better world for all,” said Jayathma Wickramanayake, the UN Secretary-General’s Envoy on Youth. “Even amidst the ongoing pandemic, climate crisis and global instability, these young people demonstrate immense resilience, resourcefulness and leadership in finding innovative solutions to the world’s biggest challenges.” The 2022 Class of Young Leaders for the SDGs include:

Founder of Life in Leggings

Artist and Author), Sônia Guajajara (Indigenous Activist and Politician), Richard Curtis (Screenwriter, Director and Founder of Project Everyone), Adam Met (Member of AJR and Executive Director of Planet Reimagined), H.E. Shamma Al Mazrui (UAE Minister of State for Youth Affairs), and Nikhil Taneja (Co-Founder and CEO of Yuvaa), among others.

In 2017, the UN Secretary-General appointed Jayathma Wickramanayake of Sri Lanka as his Special Envoy on Youth and as the youngest senior official in the history of the organization.

Ms. Wickramanayake's mandate is to harmonize the UN system efforts on youth development, enhance the UN response to youth needs, advocate for the development needs and rights of young people, as well as to bring the work of the United Nations on youth closer to them. The Envoy on Youth also acts as the advisor to and the representative of the Secretary-General on youth related matters. 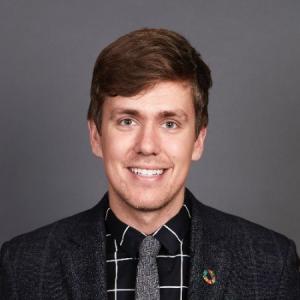